The world needs a Batman 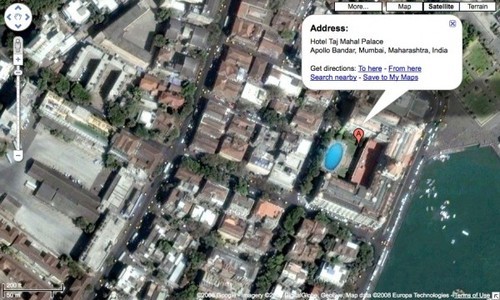 I hope my dad’s uncle who was injured in one of the hotels yesterday is doing fine. I hope the rest of the injured are recovering from the intense trauma too. I also hope India’s media calms down because even though their presence is important today, they sometimes do cross the line. NDTV broadcasted a live telephone conversation they were having with a guest at Oberoi yesterday. He was in a state of panic, talking about his exact position in the hotel. Within a few minutes, the phone call ended and the phone was unreachable. Only then did they cut off all television cables in the hotel. Now, we don’t know whether that individual is alive or not and I think it was very irresponsible of NDTV to broadcast such a phone call.

When the Indian government asked Google to remove satellite imagery of the Rashtrapati Bhavan in New Delhi from Google Earth and Google Maps, there was a reason. That was a restricted area. But the Taj and Oberoi hotels aren’t in restricted areas. Which is why anyone could get access to their maps online or spend half a day in Mumbai to build a map. So talking about how these gunmen know Mumbai so well is useless. They could have had a good idea about the structure of the city even if they were on the opposite side of the world.

Technology is always going to be misused and blocking access to content(which will obviously be discussed in the future) is not a solution. Fighting terrorism is as important to India as fighting global warming is for the rest of the world.