The first computer I played around with was a machine with an Intel Celeron 300Mhz processor, 32MB RAM and 1GB of hard disk space. Installed on it was an illegal copy of Windows 95. I was 8 and did not have the slightest idea about why we should pay for software we use. The computer was a really neat gadget to own then. With a superb 15" CRT monitor, I was playing around with something that changed my life completely.

We upgraded the computer in 1999, boosting the hard disk space by additional 3GB and RAM by another 32MB. What I had right in front of me was a superb machine with Windows 98 installed(again, illegal). Prince of Persia and Paint kept me busy those days. The computer also had Office 97 installed with a high speed dial-up connection that my mom would use each time she launched Netscape Communicator to check her VSNL mail. I call it high-speed because VSNL’s service deteriorated with time, and we reached a point in 2003 where we were forced to switch to a cable connection.

In 1999, I bought a computer magazine for the first time. Not because I wanted to read it, but because I was interested in the 99 free games that were bundled on the CD that came with it. Those game demos made Windows 98 very unstable. I remember going into DOS and installing Windows 98 a dozen times every month. I also remember crying when Motocross Madness did not work because the Celeron board did not have a 3D accelerator. Then when I couldn’t do anything else, I started using software that my computer allowed me to use, namely, Flash and Photoshop.

In 2003, we bought our second computer(Pentium IV 1.9Ghz, 256MB RAM, CD Burner) at home. I installed Windows XP and got the required education about software piracy when I read about the anti-piracy system that Microsoft had planted into Service Pack 1. Productivity was highest with that computer. There were countless Flash movies that I had made on that computer.

Then in 2004 we got an HP laptop(Celeron 1.8Ghz, 256MB RAM) with Windows XP Home Edition. The laptop died a year later. I used the OEM disc to install XP on the desktop and that’s the license we were using at home till last year when we got another computer(C2D 2.33Ghz, 2GB RAM) at home just to be able to play more games. Windows is the reason I love computers so much. I can fully appreciate Mac OS X and Windows Vista having used all versions of Windows so far. 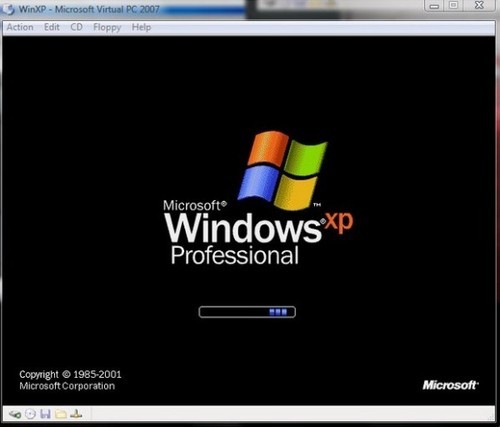 But I’m missing out on the fun of installing Windows a hundred times now that I’m using Windows Vista on the desktop which is oh-so-stable(and I’m not talking about malware). That’s why I’m installing Windows 98 and Windows XP right now on Virtual PC to be able to have all that fun all over again.